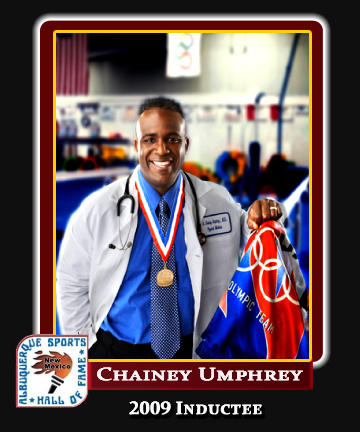 Dr. Umphrey is currently working as a Family Practitioner, Physiatrist at the San Jose Medical Center in San Jose, California. Albert Chainey completed his residency at the University of Colorado Medical school in Denver Colorado. Chainey attended Albuquerque Academy and went onto the University of California and eventually went onto attend the UCLA School of Medicine.

Chainey said the following after the 1996 Olympic games in Atlanta, “Standing at the horizontal bar at the 1996 Olympic games with over a million Americans watching, knowing that the hopes and dreams of an Olympic media rested on our team’s effort, I could not help but recall the Olympic motto that was spoken at the opening ceremony. ‘The most important thing in the Olympic Games in not to win, but to take part just as the most important thing in life is not the triumph, but the struggle.”