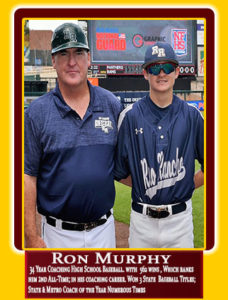 Family
• Wife -Married since 1983 to Minerva Mondragon. She works at University of New Mexico
• Daughter – Valerie Murphy graduated from Rio Rancho High School helping to win two Volleyball state championships. She enjoyed being on homecoming court as well . She went to Marshalltown College in Iowa on a Volleyball scholarship. Currently she is a stay home mom of 3 . (Jaedyn, Jaxon and Brooklynn) Her husband Marcos works in the IT Department at various hospitals
• Daughter – Amber Murphy graduated from Rio Rancho High School. She was involved in helping to win two State Championships . Amber went to San Jac Junior College on a Volleyball Scholarship. While at San Jac she helped lead her team to two National Championship playoff appearances and was named Libero of her conference . Amber played at Hawaii Hilo for 1 year on a Volleyball scholarship and then transferred to Robert Morris College in Chicago her senior year. She helped lead her team to a conference championship and again got Libero of the year in her conference. She graduated from Robert Morris with a business Degree. Amber is currently an event Planner in Las Vegas Nevada.
• Son – Tyler is a Junior at Rio Rancho High School and currently just finished his JV season on the baseball team. When younger he was our bat boy and got 3 State Championship rings. Tyler currently has a 3.9 GPA and is a member of the National Honor Society .
• Grandchildren: Jaedyn 9 years old and already a good baseball player . Jaxon 3 years old loving T-Ball and especially the snacks ! Brooklynn just turned 1 and is probably the toughest of the three.