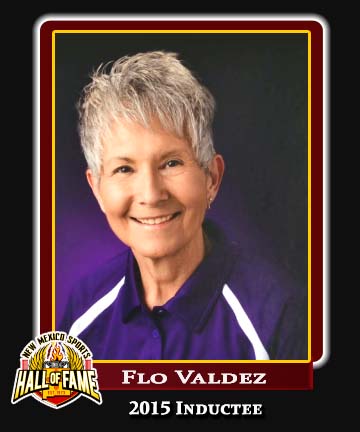 This Roswell High School graduate has led her volleyball teams to 985 match victories through 42 seasons – 367 matches won at Roswell High School and 618 matches won at El Paso Franklin High School – setting the standard for volleyball success in the Southwest. Strangely, Valdez never actually played volleyball. But in order to coach her favorite sport, club basketball – well before Title IX and when teachers coached multiple sports — she had to agree to coach volleyball in 1974. She was the first women inducted to the New Mexico Coaches Hall of Honor, the founder of the North/South volleyball all-star matches, and a three-time Roswell High School championship team coach. She was the New Mexico High School Coaches Association Volleyball Coach of the Year in 1987 and 1993. Valdez also has coached track & field, and gymnastics, in addition to basketball and volleyball. Valdez was inducted into the El Paso Athletic Coaches Hall of Fame in 2010.